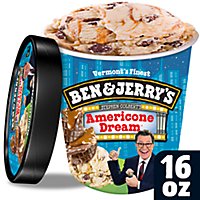 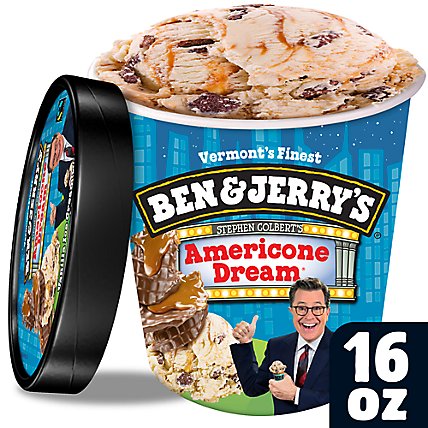 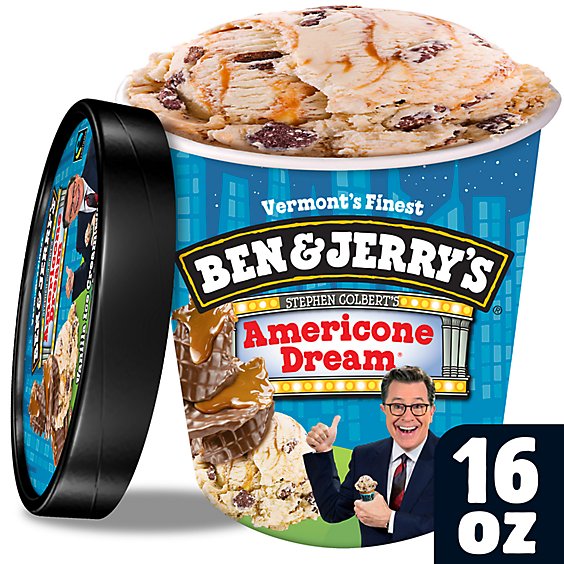 Vanilla ice cream with fudge-covered waffle cone pieces and a caramel swirl. Ben &amp; Jerry's churned up this euphoric creation in honor of The Late Show funnyman Stephen Colbert. It all started back in the fall of 2006 when Ben &amp; Jerry’s Flavor Gurus began tinkering away with Colbert’s personal take on ice cream perfection. Test batches were so euphoric that word quickly spread about the secret collaboration. The Rumor became reality when Colbert invited Ben and Jerry to join him in announcing the collaboration during an episode of The Colbert Report.

Nation! This pint contains 1776% of your recommended daily allowance of freedom! It may be illegal to lick the Lincoln Memorial*, but with this ice cream you can do the next best thing & lick liberty! *Seriously, it is. We strive to make the best possible ice cream in the best possible way. We source Non-GMO ingredients, Fairtrade cocoa, sugar & vanilla, eggs from cage-free hens & milk & cream from happy cows. All cocoa, sugar and vanilla are traded in compliance with Fairtrade standards, total 81%, excluding liquid ingredients. Visit www.info.fairtrade.net.