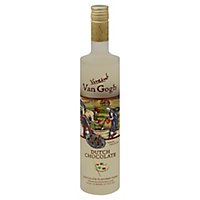 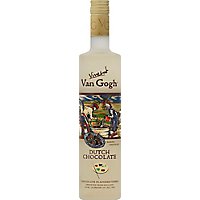 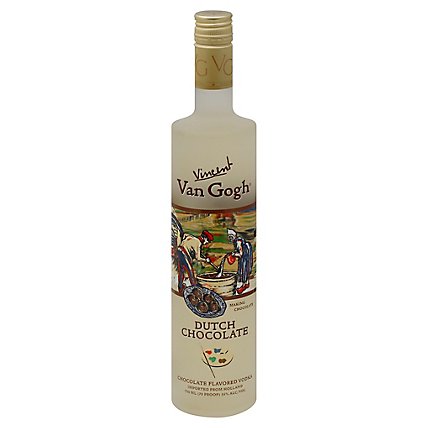 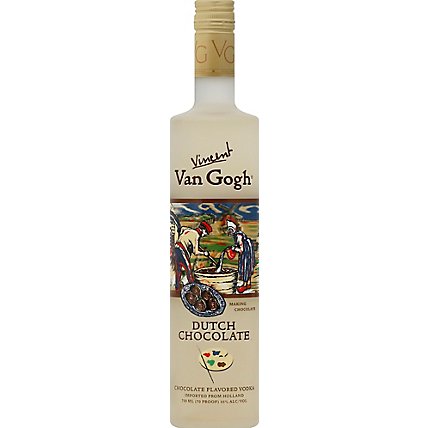 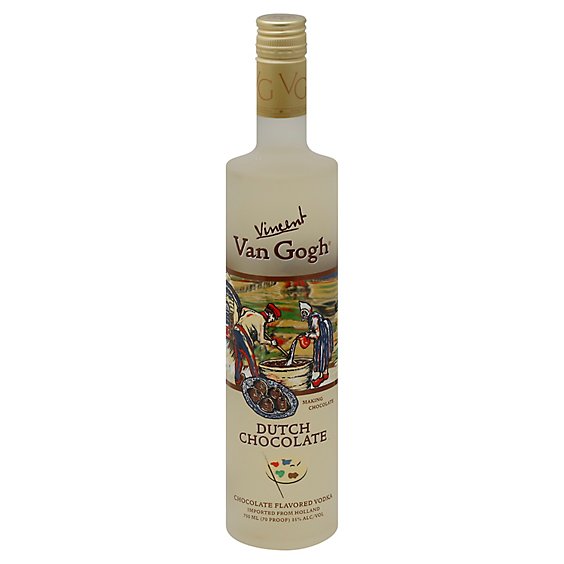 Making chocolate. Chocolate flavored. Almost as famous as Van Gogh's art, is the Dutch tradition of making chocolate. Centuries ago, the Dutch were able to trade for the best cocoa beans. At home, the Frisian cows produce the best milk from the year round green grass, grown in the lowlands. Dutch chocolate flavored vodka stands up to the centuries old chocolate reputation, a rich tradition reflecting quality and taste. Enter the multiple distillation process of the chocolate, this creation resulted in a flavored vodka with refinement in both smoothness and taste. The Dirkzwager family have been distillers for generations, passing their art of distillation on from father to son. Van Gogh chocolate - caramel colored. 100% grain neutral spirits. 35% Alc/Vol (70 proof). Distilled and bottled in Schiedam, Holland by royal Dirkzwager Distilleries. Imported from Holland.

Contains: Government Warning: (1) According to the Surgeon General, women should not drink alcoholic beverages during pregnancy because of the risk of birth defects. (2) Consumption of alcoholic beverages impairs your ability to drive a car or operate machinery and may cause health problems.