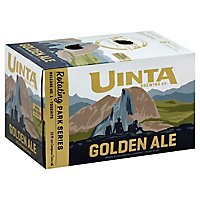 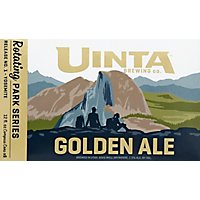 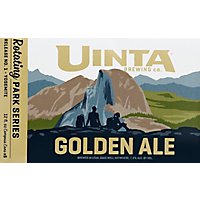 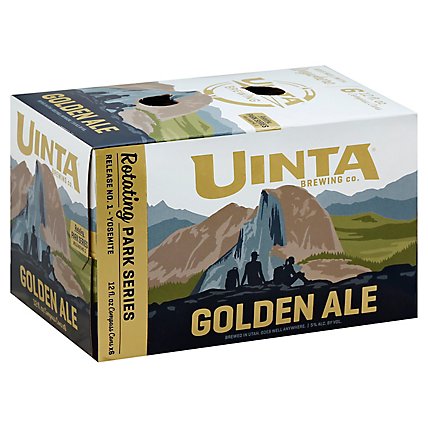 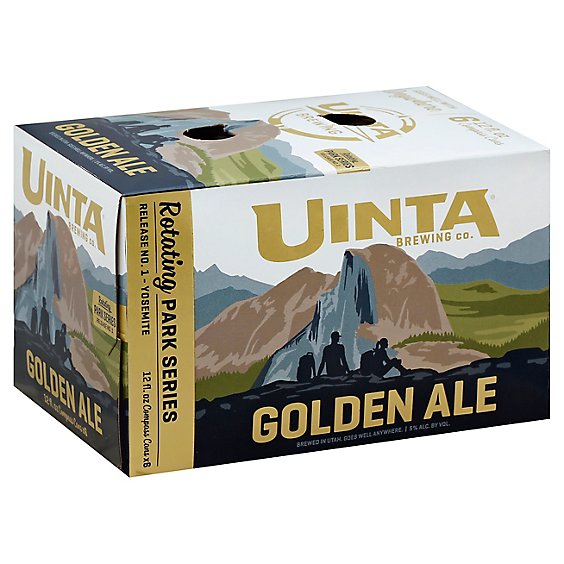 Release No. 1 - Yosemite. Goes well anywhere. Compass cans. Our Story: Our founder wanted to brew the country's best beer, so he moved to the country's least beer drinking state. He named us after a mountain range that even people here mispronounce [you-in-tuh]. We've been brewing and exploring since 1993, and here's what we learned: there's no one right way to get anywhere. What you need isn't a well-trod path, it's a compass to trust as you cut your own. Following ours is how we ended up in Utah, and what we found here still inspires every beer we brew. We're not saying move to Utah - we're saying find yours. A year-round refresher, this Golden Ale is light bodied and crisp with a subtle sweetness making this your quintessential anytime, anywhere beer. Forget the map, pack the Uinta. Goes well with anywhere. Come visit us. 1722 South Fremont Drive Salt Lake City, Utah USA. Tours & events. Beer to-go. Lunch & dinner. Brewery swag. Beer on tap. And more! Brewed with renewable power, wind & solar. Stalk us? Instagram; Twitter; Facebook. Looking for answers? Look no further. Uintabrewing.com. Need someone to talk to? 801-467-0909. Don't be trashy. Recycle this 6-pack. 5% alc. by vol. Brewed in Utah.