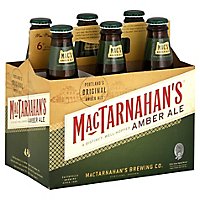 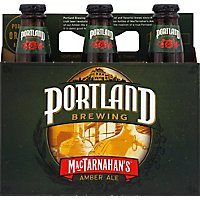 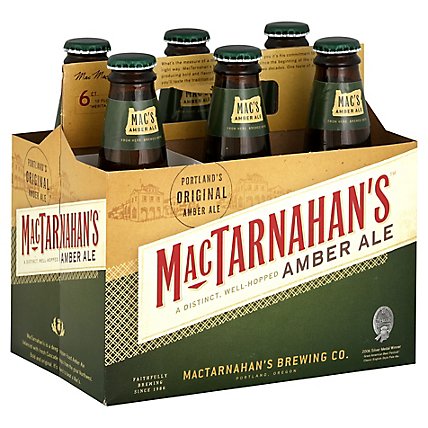 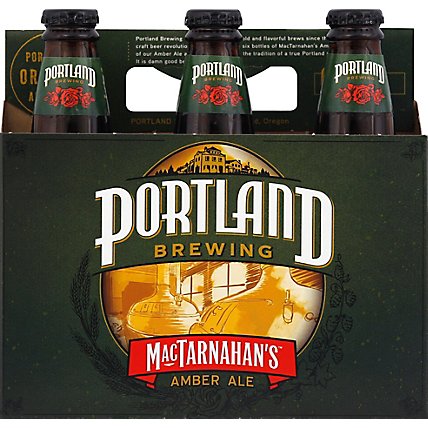 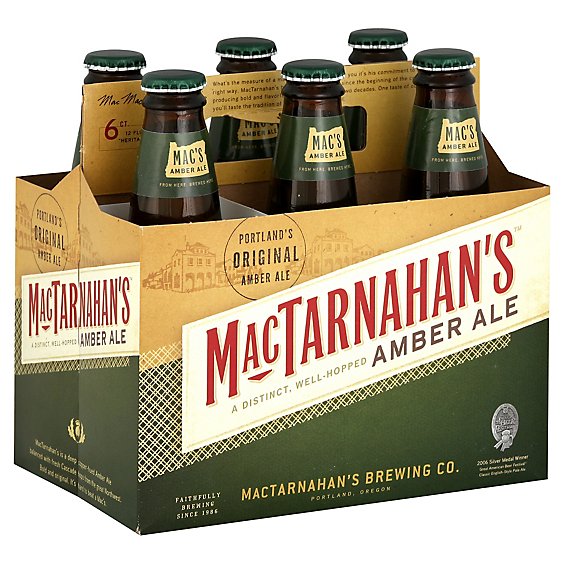 Portland's original amber ale. A distinct, well-hopped. Faithfully brewing since 1986. Great American Beer Festival. Classic English style pale ale. 2006 silver medal winner. MacTarnahan's is a deep copper-hued Amber Ale balanced with fresh cascade hops from the great Northwest. Bold and original. It's hard to beat a Mac's. The Man - In his 80-plus years, Mac MacTarnahan captured more than 50 gold medals in national and international athletic contests. So it's no surprise that his unique Amber Ale won gold in America's most prestigious tasting competition its very first try. The Beer - Mac's Amber Ale is dry-hopped with fresh Cascade hops from the great Northwest. That's what gives Mac's its crisp, complex flavor. The City - Considered to be the epicenter of the American craft brewing resurgence, Portland, Oregon is home to more breweries than any other city in America. MacTarnahan's Brewing was one of the first craft brewers in the city and created Portland's original Amber Ale. A favorite throughout the years, when Portlander's say gimme a Mac's it's understood they want the crisp, distinct flavor that MacTarnahan's Amber Ale is known for.