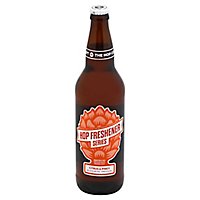 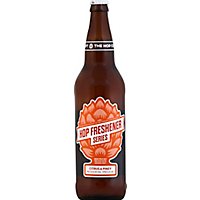 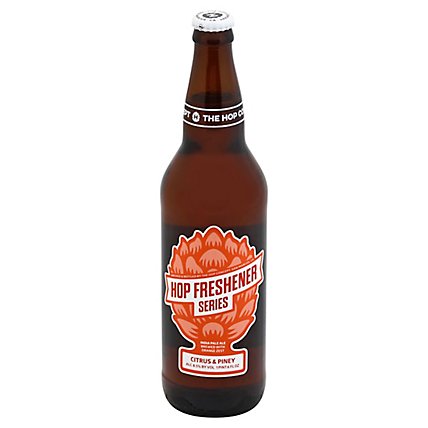 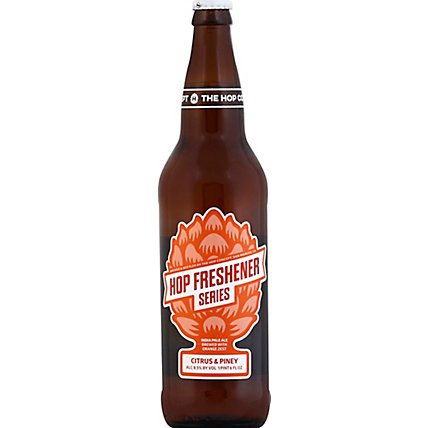 New hop smell. Flavor that's right on the nose. Our Hop Freshener series simplifies your choice of which beer to enjoy right now. Just read the name and you'll know exactly what to expect. After all, those dank and piney notes you enjoy so much? That's really just your nose doing its job, and proof you should trust your senses. These IPAs center around using different aromatic and flavorful hop combinations to bring out a specific character. Each beer is available just once a year, and all crafted by The Hop Concept - the same team of lifelong brewers behind Port Brewing Company. It's that simple. Honest, hoppy beers, from the people who know how to make them. So slow down, inhale, and drink fresh. thehopconcept.com. Alc 8.5% by vol. Brewed & bottled by The Hop Concepts, San Marcos, CA.